An Epidemic That No One Knows About

It’s the biggest epidemic that no one knows about and the crime of the twenty-first century. Statistically, it is likely you will be a victim at some point in the future.

What is it? The answer may surprise you: elder abuse. 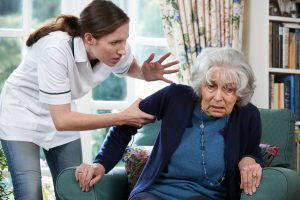 The term “elder abuse” refers to crimes of violence, instances of neglect, and fraud or financial exploitation targeting incapacitated adults and senior citizens. These crimes are far too common. Perpetrators use — with horrifying success — modern-age tools to commit these various crimes against society’s most vulnerable citizens. Victims are often socially isolated and suffer from diminished mental capacity or impairment. Scammers look for ways to target seniors’ trusting nature and their frailties.

According to the National Center on Aging, approximately one in ten Americans over age 60 has experienced some form of elder abuse. Fifty percent of those with Alzheimer’s disease or dementia are victimized. It is estimated that five million elders each year suffer this dreadful fate. Those victims are at a 300 percent increased risk of death compared to those who have not been abused. Last year in Virginia, 27,000 of these cases were reported to various Departments of Social Services. There were 369 reports in Wise County and the City of Norton, alone.

These are staggering statistics. Yet, this is just the beginning! These figures represent the number of reported cases. It is estimated that only one in …

CLICK HERE TO CONTINUE READING
This article was originally posted by The Roanoke Times.

About the Author: C.H. “Chuck” Slemp III – Slemp is is Commonwealth’s Attorney for Wise County and the City of Norton.