Can you Xerox that? | From The Desk Of Jeff Mitchell 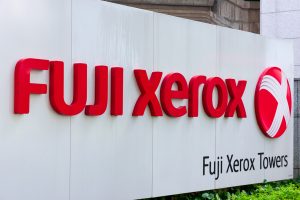 Remember when Xerox became so ingrained in office culture, the company’s name became a verb?

In 1959 Xerox began the death of the carbon copy paper industry when it introduced the photo copy machine.

By the 1980s Xerox machines were staples for most businesses and the “Xerox room” a part of every business office.

Yet, in those same 1980’s, Xerox photo copier patents began to expire and the competition from Asia arrived.

Xerox tried many side businesses over time, like the Xerox personal computer. You may not remember the Altos computer, but Apple does –

Steve Jobs visited Xerox in 1979 to learn about personal computers.

And, Xerox has tried to innovate.

Reports indicate that Xerox has 50,000 patents and files, on average, two per day.

Yet, some commentators have suggested that Xerox fell into the competency trap – when a organization becomes so good at one thing, it cannot learn to do anything new despite its best efforts.

In 1962 Fuji and Xerox became strategic partners – with Xerox the majority partner.

The control transaction is complicated.

In fact, Xerox shareholder Carl Icahn has just issued a statement urging shareholders to vote no.

The Icahn statement is a fascinating read (I highly recommend) in which Icahn quotes Fuji’s Chairman as saying this transaction “will allow us to take control of Xerox without spending a penny.”

Icahn closes with the following call to action: “unless we do something, this latest Fuji scheme will be the company’s final death knell.”

It sounds like Icahn may be inventing a new verb: “Fuji’d.”

This could get interesting…