Marriott Round 2: No Thanks 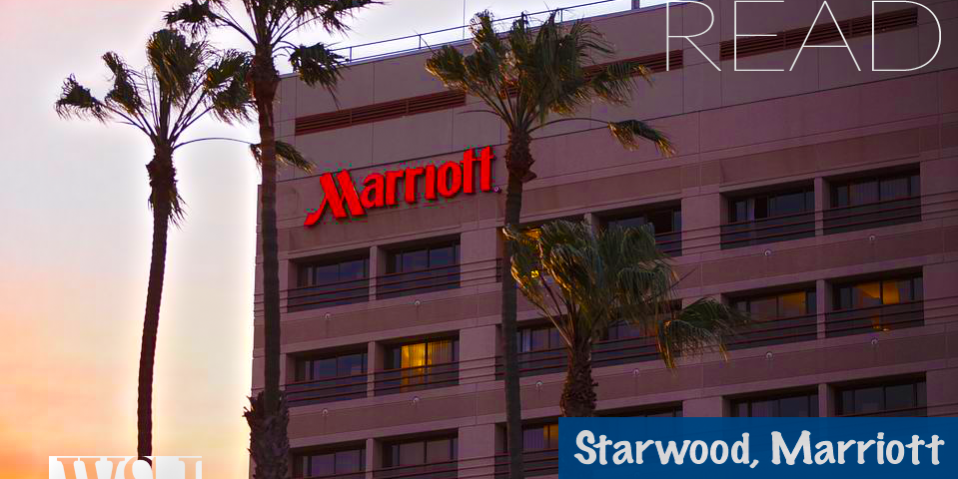 A post a few weeks ago highlighted the $400,000,000 break-up fee that Marriott was going to receive if the group led by Chinese insurer Anbang was successful at buying Starwood (think Westin, Sheraton, W Hotels) and terminating Marriott’s effort. “Sorry we changed our mind” never felt so good.

Last week it became clear that Marriott would win after all. This past Friday, shareholders voted to approve the Starwood-Marriott merger.

Anbang had trouble with regulators on in its home country, Marriott raised it’s offer to $13.6 billion. Wall Street shouts…well, Wall street celebrates…actually, according to one of last week’s Wall Street Journal, Wall Street is skeptical.

How do you withdraw a $14B offer? The Anbang bidding group, which identified itself as the “Consortium,” issued the following statement:

We were attracted to the opportunity presented by Starwood because of its high-quality, leading global hotel brands, which met many of our acquisition criteria, including the ability to generate consistent, long-term returns over time. However, due to various market considerations, the Consortium has determined not to proceed further. We thank the Starwood Board, management team and its advisors for their efforts and support throughout this process.”

This appears to end one of the biggest merger battles in the past several months.

As The New York Times reported, Starwood’s Board of Directors kept its eye on the ball: “Throughout this process, we have been focused on maximizing stockholder value now and in the future.”

Every company – large and small –  should maintain such a keen focus.

To read the WSJ’s latest article on this merger check out: “Starwood, Marriott Shareholders Approve Merger“.