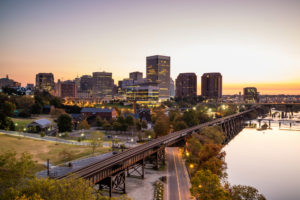 Virginia Governor, Ralph Northam, has said that nonessential businesses in Virginia will stay closed until at least May 8. Many people across the country are wondering when businesses are going to be allowed to open again with some states like Georgia starting to open back up. Governor Northam does not want to open too early stating “One step forward and two steps back is no way to move ahead.” Keep reading the article below to find out what steps the Governor is taking.

Virginia is still at least two weeks away from allowing nonessential businesses to reopen amid the coronavirus pandemic, Gov. Ralph Northam said Friday during a news conference.

The Democratic governor’s remarks came as some governors in other southern states took moves to reopen businesses and some Republican lawmakers in Virginia called on Northam to take action to “get as close to normal as possible without sacrificing public health.”

The governor has previously ordered that nonessential businesses will remain closed through May 8. On Friday, he said he’d like to start the first phase of the federal government’s guidelines for reopening by then. But Northam said the decision will be driven by data on testing, hospitalization, and other information.

“If we can get a little bit of help out there with our numbers, I would really like to see us be able to go into phase one as soon as May the eighth but certainly no sooner than that,” Northam said.

Some Republican governors in the South, most notably Georgia Gov. Brian Kemp, have pushed forward in accordance with President Donald Trump’s ongoing call to reopen the U.S. economy — only to have the president publicly question such actions.

Virginia House Republicans sent Northam a letter Friday asking him to reconsider whether “nonessential” businesses should remain closed, saying they could find ways to operate while keeping customers and employees safe.

“We must begin to reopen our economy before it’s too late for many existing businesses and the livelihoods they provide,” GOP lawmakers said.

Northam on Friday announced a new task force made up of business owners and others to help advise him on how best to reopen the economy but said he won’t be rushed to open too soon.

“Easing too much too soon could jeopardize public health and consumer confidence,” Northam said. “One step forward and two steps back is no way to move ahead.”

Northam’s new task force represents a diverse group of businesses, ranging from lobbyists for Amazon and Walmart to the owners of hair salons and breweries. Bruce Thompson, a well-connected developer and hotel owner from Virginia Beach, is also a member.

Also on Friday, the state’s death toll due to the virus surpassed 400, according to new figures released by the health department. There are more than 11,000 confirmed cases in the state. Northam said the good news is that the state’s growth rate of new cases is slowing and the number of virus-related hospitalizations remains steady.

Northam also announced that he’s delaying local elections around the state from May 5 to May 19. The governor had asked the legislature to approve moving the elections to November, but the state Senate rejected that idea earlier this week.

Northam urged voters to vote absentee by mail and said the state would take steps to make polling places as safe as possible.

And the state Department of Corrections said Friday it is reviewing thousands of inmates for early release under a budget amendment approved by the General Assembly this week. Under the amendment, the DOC is authorized to consider early release for inmates with less than a year left to serve on their sentences. Inmates convicted of a Class 1 felony or a sexually violent offense are not eligible.