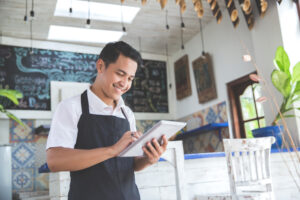 As more people start their own small businesses, it is important to be aware of the possible hurdles that may need to be overcome in the process of starting your business, especially for minorities. Continue reading to learn more in-depth about the necessary kinds of contracts and the regulations related.

Small business contract discrimination refers to the notable disparity in the number of government contracts that go to minority- and women-owned businesses when compared to other small businesses.

Reports have suggested that differences in contracts received at all levels of contracting can be attributed to outright discrimination or structural access to capital that aids some firms over others in competing for these contracts. The government has attempted to decrease these disparities through affirmative action programs, but it is unclear how successful the programs have been, and court rulings have narrowed their scope.

Federal Contracts
When the government purchases goods and services from private businesses, it is called procurement. In the United States, this type of contract spending is increasing.

In fiscal year 2019, the federal government spent $586 billion on contracts, a 40% increase over fiscal year 2018 that was fueled mostly by national defense services, according to figures from the U.S. Government Accountability Office (GAO). Of that sum, $225.8 billion went to small businesses.

However, a disproportionately smaller percentage of this federal money finds its way to minority-owned businesses. U.S. General Services Administration (GSA) expenditure reports for 2019, for instance, showed that the Department of Defense—one of the largest areas of expenditure in the U.S. budget—spent almost $27 billion, or about 8.6%, on businesses from disadvantaged communities, compared to about $75 billion, or 24%, on small businesses in general.

Minority-owned businesses have received a smaller share of government contracts than the proportion of the population that they represent, and these firms tend to have fewer employees. This trend has been observed for all minority populations except Asian Americans. 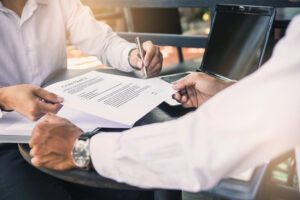 Localities are also subject to allegations of discrimination. In December 2020, for instance, the Civil Rights Division of the U.S. Department of Justice opened an investigation to determine whether procurement practices in Kansas City, Missouri, were discriminatory and violated the Civil Rights Act. A 2021 study commissioned by Boston Mayor Martin J. Walsh’s office showed that only 1.2% of the city’s $2.2 billion in procurements between 2014 and 2019 went to Black- or Latinx-owned businesses, triggering federal civil rights complaints.

Research shows that state and local discrimination in procurement is longstanding. A 1997 Urban Institute study found that members of minority groups received a disproportionately small share of government contracts.

The study, which looked at rates among local and state contracts, concluded that disparities existed for Black-, Latinx-, Asian-, Native American–, and women-owned firms across all industries that the study examined—construction, goods, professional services, and other services, with the exception of construction subcontracting, which showed a relatively small disparity.

The study revealed that minority-owned firms received just 57 cents out of every dollar in government contracts they would have expected to see.

Federal Regulations
Government contracting is subject to the anti-discriminatory laws that apply to private contracts, and federal contracting is also regulated heavily by Congress.

The U.S. Congress has made investing in small businesses a priority since the 20th century. Shortages during the Second World War and the Korean War led to the creation of the current regulatory framework.

In 1953, during the Dwight D. Eisenhower administration, Congress passed the Small Business Act, which led to the creation of the Small Business Administration (SBA). To promote free trade, Congress set out to give a “fair proportion” of federal contracts and subcontracts to small businesses in the United States. There is generally bipartisan support for this sort of program.

Congress also created the Small Disadvantaged Business and the Women-Owned Small Business programs to encourage fair contracting across race and gender. A 2013 study found that these programs led to an increase in contracting money flowing to minority-owned businesses, but not to women-owned businesses, which the authors partly attributed to possible gender bias.

The Small Business Reauthorization Act of 2000 created an Office of Advocacy in the SBA, which looks at strengthening minority- and women-owned businesses, and it guaranteed limited small business loans.

In June 2020, SBA restrictions placed on applicants with a criminal record to receive COVID-19 relief, including the Paycheck Protection Program, were removed following a court ruling.

Affirmative action dates back to the John F. Kennedy administration’s Executive Order 10925, which tried to free projects connected to federal funds from racial discrimination. That executive order established the President’s Committee on Equal Employment Opportunity. Since the 1964 Civil Rights Act, discrimination based on race and sex has been illegal.

A 1965 order from the Lyndon B. Johnson administration, Executive Order 11246, required federal contractors to document steps to encourage hiring equality. It was expanded in 1967 to include gender-based equality. Johnson’s order took the question out of committees and handed it to the secretary of labor, giving it to a Cabinet-level official with the authority to enforce equal opportunity, which led to the creation of the Office of Federal Contract Compliance.

President Barack Obama’s 2014 amendments to the order sought to make gender pay disparities easier to spot by increasing wage transparency and to include lesbian, gay, bisexual, and transgender employees under the order’s protections.

Since Johnson’s time, the scope of affirmative action programs has been limited by court cases, including Regents of the University of California v. Bakke (1978) and the City of Richmond v. Croson (1989), which labeled affirmative action a “highly suspect tool” in combating disparity in state- and local-run programs.

The 1997 Urban Institute study mentioned above suggested that, where present, affirmative action has reduced but not eliminated disparities in contract awards.

Businesses owned by women and minorities have less access to capital that can be used to finance or grow a firm. Minority-owned businesses, for instance, have had less access to loans.

In a 2010 Congressional hearing, Chair for the Subcommittee on Government Management, Organization, and Procurement Diane E. Watson identified three main sources of discrimination in these processes.

Minority-owned businesses face “ongoing and persistent” discrimination in contract awards, she said. They also face structural barriers, such as access to financing, bonding, and resistance from trade unions. Finally, court decisions that restrict the scope and purpose of minority contracting harm the ability of these firms to compete for contracts.

The Economic Effect of the COVID-19 Pandemic 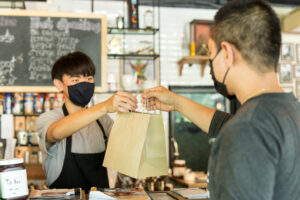 Congressional interest in the SBA is increasing due to COVID’s financial effect on the national economy.

In the Great Recession period, SBA loans to Black businesses dropped from 8% to about 3%, according to a study from the National Community Reinvestment Coalition. Moreover, loans tend to concentrate in middle- and upper-income areas. Black individuals, who constitute about 12.6% of the U.S. population, own about 2.1% of small businesses. Latinx individuals, who make up 16.9%, own about 5.6% of businesses.

The most recent crisis may have made matters worse. USAspending estimates show that the U.S. committed $2.4 trillion in budgetary resources across 38 government agencies in response to the crisis as of the end of 2020. However, most studies have shown that the impact has been more negative on minority populations and other vulnerable populations than on White populations, which would restrict their access to capital.

Lawsuits have also alleged that the federal government’s Paycheck Protection Program, which is meant to help small businesses survive the crisis, was initially denied to businesses without employees, a category that comprises a disproportionate number of minority- and women-owned firms. That changed in later iterations of the PPP and the latest included a 14-day window reserved for businesses with fewer than 20 employees.

In 2021, the Joseph Biden administration announced a plan to reduce disparities in the country through structural investments in disadvantaged communities. It remains to be seen to what extent this plan will be enacted and how effective it will be.