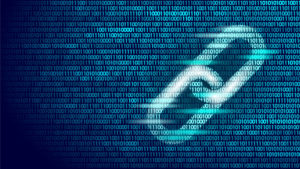 Smart contracts, also referred to as chaincode in the Hyperledger world, are one of the most powerful aspects of blockchain and Distributed Ledger Technology (DLT). This “self-executing” code can receive various inputs and, based on “if-then” logic encoded therein, can take various actions and update the ledger state.

Based on recent actions by U.S. regulators, smart contract developers need to be aware of potential liabilities that they may face (beyond the usual issues with software development).

The first issue is potential liability under the U.S. Commodity Futures Trading Commission (CFTC) regulations. In a speech on October 16, 2018, the CFTC Commissioner stated that smart contract developers may be held liable for aiding and abetting CFTC rule violations if they could reasonably foresee, at the time they created the code, that it would likely be used by U.S. persons in a manner violative of CFTC regulations. If it proves to be reasonably foreseeable, he indicated that his personal belief is a “strong case could be made that the code developers aided and abetted violations of CFTC regulations.”

Determining when the use of a smart contract violates CFTC regulations is a complex question. However, the CFTC has been among the more proactive agencies in issuing guidance on how their rules apply to cryptocurrency and blockchain technology. Some of their general guidance on Bitcoin and other digital currencies can be found here. Just today, the CFTC released “A CFTC Primer on Smart Contracts” which is focused on explaining smart contracts, exploring how they may impact our markets and highlighting potentially novel risks and challenges.

In another recent development, the U.S. Securities and Exchange Commission (SEC) reached …

CLICK HERE TO CONTINUE READING
This article was originally posted on lawoftheledger.com.