The Most Productive People Regularly Practice These Skills

Is there someone on your team who seems unusually productive? Someone who gets a huge amount done — without working longer hours?
Harvard Business Review 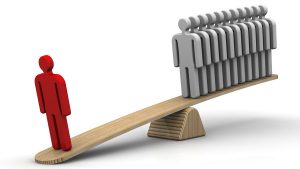 Super-productive people are in every industry. The most productive software developers write nine times more usable code per day than the average developer, according to research by Michael Mankins. He also found that the best fish butcher at Le Bernardin Restaurant in New York can prepare three times as much fish as the average, the best blackjack dealer keeps their table playing five times longer, and the best sales associate at Nordstrom sells eight times more clothes.

How do they do it? That’s what their coworkers usually wonder. We wanted to know too.

We collected data on over 7,000 people who were rated by their manager on their level of their productivity and 48 specific behaviors. Each person was also rated by an average of 11 other people, including peers, subordinates, and others. We identified the specific behaviors that were correlated with high levels of productivity — the top 10% in our sample — and then performed a factor analysis.

The most productive people might seem to get it all done through magic — or cutting corners — but as it turns out, extreme productivity is just a set of skills.
Skills that more of us can acquire and use.

Seven consistent clusters emerged that identified the skills that the most productive people regularly practiced:

Set stretch goals. Think about your last day off. Did you decide to do some projects around your house or apartment? Maybe you puttered around, doing a few small tasks in a random way. Or maybe you selected a major project to tackle and were amazed at how much you were able to get done in a day.

A big project encourages you to pick up your pace and eliminate all distractions. There is some great magic that occurs when people become riveted by the thought of achieving a stretch goal. The people in our study who got the most done made setting stretch goals a habit.

Show consistency. We all know people who are 100% reliable. If they say, “It will be done,” it will get done. In our study, the most productive people did not see their productivity ebb and flow over time; they didn’t procrastinate only to pull all-nighters later on. Instead, they figured out how to consistently deliver results, week after week and month after month. There was a cadence and a rhythm to their work that seemed to keep them going.

Have knowledge and technical expertise. Few things kill productivity faster than a lack of knowledge or expertise. When you know what you’re doing, you don’t have to sacrifice quality for speed. You can get things done both quickly and well. You don’t need to spend time searching online for a good tutorial, or asking a colleague for advice. The most productive professionals in our study didn’t hesitate to ask for help when they needed it…but they didn’t need it that often. They also intentionally acquired new skills and worked to expand their expertise. That helped them be skillful, exacting, and quick in their execution.

Drive for results. Most people are willing to accept responsibility for accomplishing goals and to work at a reasonable pace to achieve expected results. But there are a few people who have a great desire to accomplish results sooner and quicker. They are overjoyed to be able to check something off their to-do list. They’re competitive — and they …

CLICK HERE TO CONTINUE READING
This story was originally posted on hbr.org.