CNBC recently released its yearly-ranked Top State for Business list. After falling to fourth last year, Virginia has climbed back to number one with the nation’s best workforce, according to CNBC. Read the article below detailing Virginia’s big accomplishment: 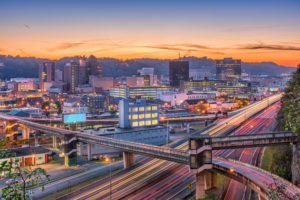 Virginia reclaimed the title of Top state for Business on CNBC’s annual list, after falling to No. 4 last year.

CNBC’s rankings, now in the 13th year, weigh more than 60 metrics in 10 categories, including workforce, economy, quality of life and cost of doing business.

In its commentary, CNBC concludes Virginia was the best state for Amazon to choose for its HQ2 investment.

According to CNBC’s analysis, Virginia has the nation’s best workforce, including the fourth-highest concentration of science, technology, education and math workers. It also said strong school test scores, small class sizes and a wealth of colleges and universities make Virginia’s education system the best in the nation.

“With Virginia Tech University announcing plans to build a new campus adjacent to Amazon’s HQ2 focused on innovation, things could get even better,” CNBC said.

“I am proud to bring the title of America’s top state for business back to Virginia,” Gov. Ralph Northam said in a news release. “One of my primary goals has been to make Virginia the number one place to do business, and to do it in a way that benefits all Virginians and every region of the Commonwealth.”

“This recognition underscores our work to build an inclusive and diversified economy, invest in our workforce, and create quality jobs—and is proof that companies of many different sizes and industries can find a home in Virginia,” he said.

Virginia fell as low as No. 13 in 2016, when federal budget sequestration cuts spotlighted the dominance of federal defense spending in the state.

Rounding out the top five on CNBC’s Top States for Business in 2019 list are Texas, North Carolina, Utah and Washington. Maryland ranked No. 31 on this year’s list.