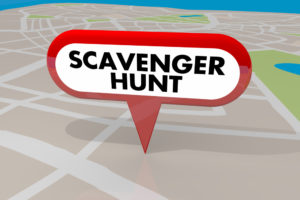 Virginia Tech engineering students are at it again, creating a new scavenger hunt challenge for their second year. The group of students are creating a fun atmosphere for other students and the challenge is making local news. They spent months putting the hunt together for fellow students. Read the article below to see the involvement of the school from set-up to execution.

This is the second year for the event.

They spent a few months designing the hunt, hiding boxes around campus, putting clues in random places like under lamp posts, and even partnered with professors. It all ended on the small island in the middle of the Duck Pond.

It took about three weeks to finish the first hunt.

This year, a secret team of seven riddle designers created a hunt meant to last at least a month. More than a dozen puzzles are planned, such as riddles involving robots.