Wayfair | From The Desk Of Jeff Mitchell

South Dakota has a message for Wayfair… “You’ve got just what I need!”

Why is this important? 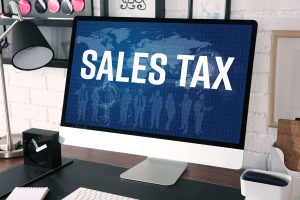 South Dakota is asking the Supreme Court to overturn the court’s 1992 ruling that a substantial presence (or “nexus”) was needed before a state could require the collection of sales tax by a retailer.

Basically, the Supreme Court said that for the catalog company to be required to collect sales taxes for North Dakota the company would need a substantial presence, for example, a warehouse or outlet center, in the state.

Today, with the Internet replacing catalogs, South Dakota thinks it is time for that old location-in-the-state requirement to go away.

You  may recall that in March of 2017 Amazon voluntarily announced it would go ahead an collect sales taxes in the final four states where it was not already required to collect the taxes.

The US Government Accountability Office estimated that state governments lost more than $13B in sales tax collections last year.

By June we will all know whether this money will start to flow to state coffers and our on-line purchases will all become subject to  state sales taxes. If so, all on-line retailers- even the smallest start-up –  will have to collect the taxes for state governments.

That’s it for today, see you next time!