What motivated me to write again after a break? | From The Desk Of Jeff Mitchell

Answer: The closing credits to Season 8, Episode 3 of Game of Thrones.

The episode told “a story of life overcoming the forces of annihilation told at a scale and level of execution rarely seen on television or anywhere else,” according to The New York Times.

To say I finished the episode stressed out and unable to sleep understates the dark, powerful, intense experience that was the longest battle scene of the series (it took 55 days to film).

Then, a few days later, I watched it again. 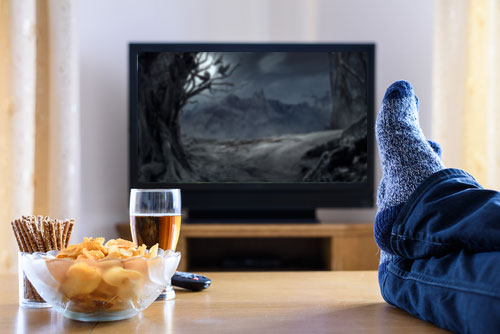 The action seemed to move faster this time – I knew the outcome!

When the credits began to scroll, I went to stop the recording.

As the names began to scroll on the screen, I realized what an amazing effort went into the production I had just enjoyed.

The sheer volume of names began to amaze me.

Over 100 carpenters, each name listed.

Over 200 visual effects staff, by my estimate, and again, each name listed.

There were sculptors, prosthetic staff, stonemen, artists, metal makers, and one gentleman with the title “Dragon Transport.”

The credits listed the Leather Maker, the Embroiderer, the Horse Wrangler, a Flame Artist, and the Wolf Trainer.

A significant accounting staff of names appeared, including the “Props Petty Cash Buyer.”

The names of 33 Drivers appeared and many, many more people in many more roles.

They seem to have listed everybody on their team.

I saw that name and thought of the nice lady who comes in after hours and cleans our office – quick to leave if we are still working to avoid interrupting us. She is part of our team.

Our success, like yours, takes a team of people – whether they are working, cheering, or supporting you by taking out the trash.

Tonight, I am leaving our cleaning lady a gift card.

She deserves credit too.